Where are the new Dilli Darshan photos?

Any new Dilli Darshan trips have been delayed due to inclement weather, just like the airplanes and trains in Delhi! The fog here is so bad these days that you can't see anything, leave along photograph it. And when it isn't plain foggy, the haze in the city is nearly as bad. In short, more Dilli Darshan trips will have to wait a few days/weeks until better weather arrives. I can't wait to get back to them though!

Photo from The Hindu newspaper taken a few days ago 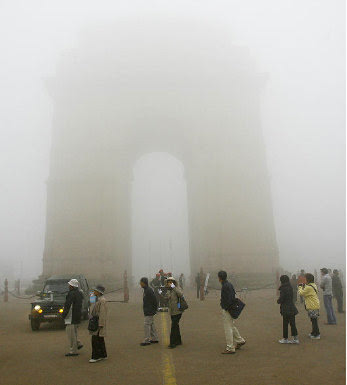 Posted by varun shiv kapur on Thursday, January 08, 2009 No comments:

It ain't your hippie parent's Hinduism anymore. Or is it? 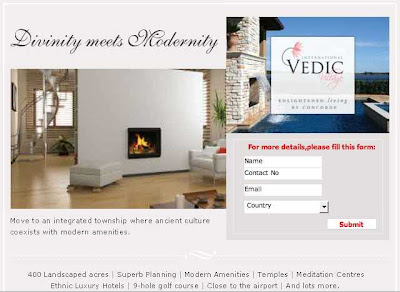 The internet ad above for a residential township outside Bangalore is quite amazing. Just check out how they're selling the project: "Divinity meets modernity" ... "Enlightened living" ... "an integrated township where ancient culture coexists with modern amenities"! Get your modern Hinduism on! But they never explicitly mention Hinduism even once. And the spaces are so modern and "secular". It's great!

Seriously though, the ad indicates the diverse and complex ways that Hinduism is being sold and promoted these days. The "International Vedic Village" is obviously aimed at Hindus, and so fits with the current trend of communally segregated real estate placements.

But visually the sales pitch has nothing overtly Hindu, or "traditional" for that matter. Instead it's visually very modern, and the "ancient culture" part is left to the individual imagination, to be filled in by residents as they in their infinite divine enlightened wisdom see fit. "Temples" and "meditation centers" are mentioned, but no indication is given as to what those spaces might look like.

Capitalism co-opts everything, including religion, but in very specific ways, and in this case the religiosity is toned down completely, but religion is still the central USP. It's really fascinating to ponder the specific clientele this ad is aimed at!

The ad below is from another blog, so I don't know exactly where it's from, but a similar toned-down, non-explicit Hindu sales pitch is used for a building that on the face of it has nothing different from the thousands of other residential projects being built throughout India. This would indicate that implicit in the advertising pitch is the notion that the residents of these projects will be exclusively Hindu, without explicitly mentioning that fact. Very interesting! 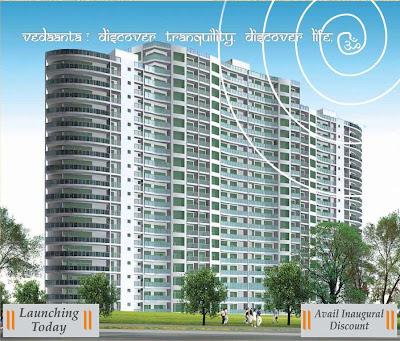 Posted by varun shiv kapur on Monday, January 05, 2009 No comments:

Another example from the globalized packaging industry

Here's another example of packaging being used for purposes other than intended. In this case they're actually selling these bags for Rs. 10 each! 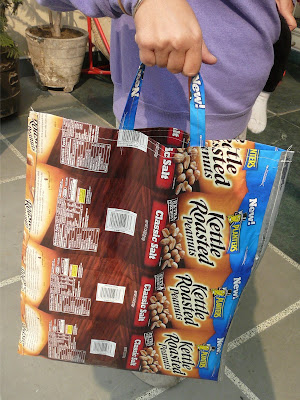 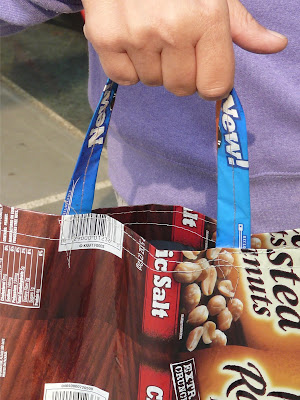 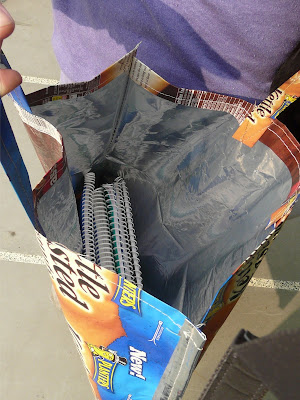 I'm back in Delhi from my UK trip, and here are some photos and thoughts on the places I visited! 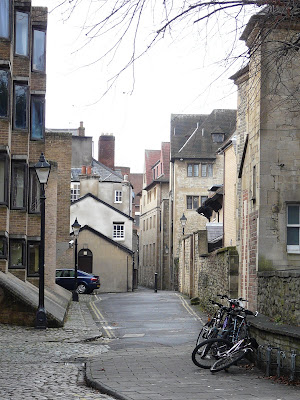 Oxford was a nice place to visit, but after a few hours of photography I got a bit bored. It was like there was nothing surprising about the sights I was seeing - like I'd already seen all this before. Maybe it's because apart from the old buildings, the "university town" has a feel that is very similar to Berkeley. Or maybe it was just the dreary December weather - I needed a tripod in the middle of the day, and I did'nt have one! 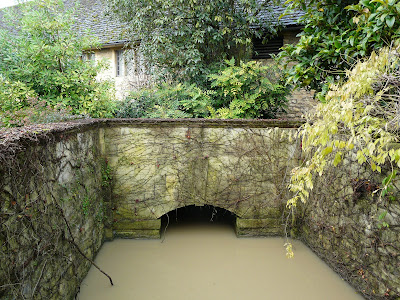 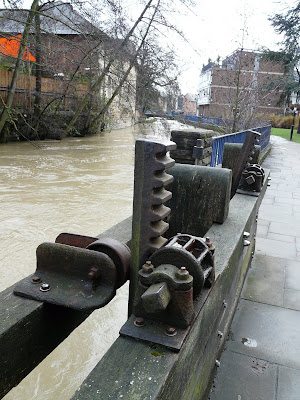 I liked London better than I thought I would, again not as a tourist, but rather as a place to stay longer-term. And it was more picturesque than I thought it would be! 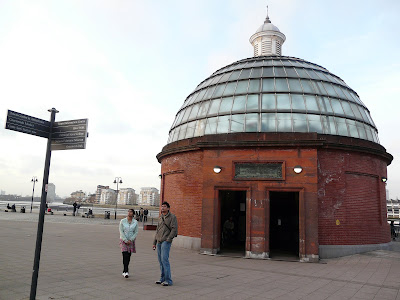 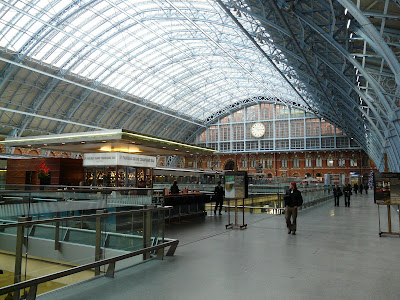 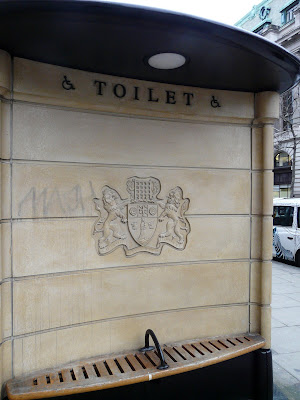 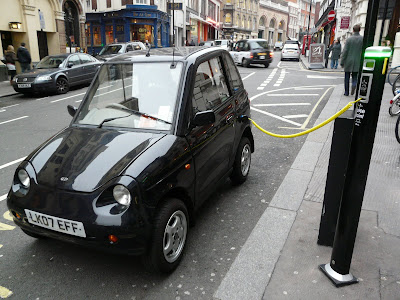 Reva is an electric car made in India. 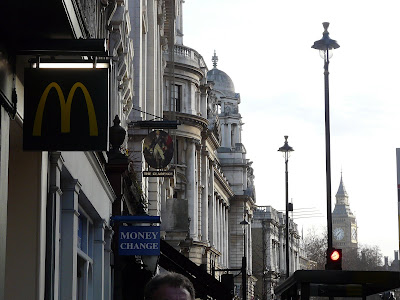 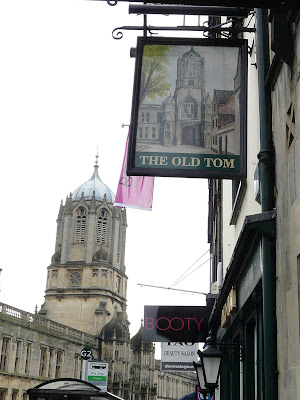 King's Cross now and then (then being in the future, when apparently only female models will be allowed into the redeveloped space) 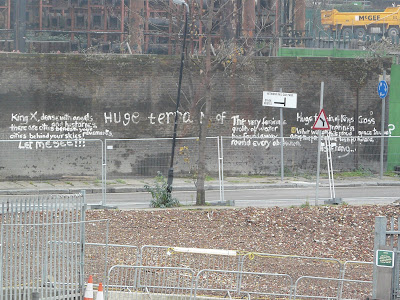 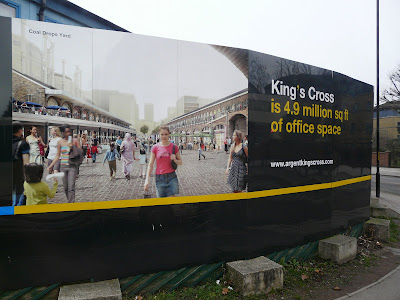 London Docklands: I have seen the future, and it is soul-crushing 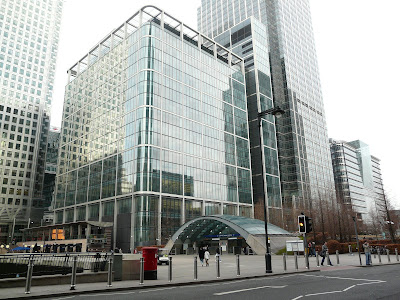 Okay, maybe it was the fact that I went there on a weekend, or that it was another dreary December day, but this place - the Docklands redevelopment in London - was fascinatingly depressing. It's what CBDs will look like if neoliberal globalization has it's way, as it did here. This is the MBA-fication of space - the ultimate architectural reward for a successful placement in a global corporate office. It is completely sanitized, lifeless, cold, controlled and mechanical. It's like being in a newly built airport, except you're in it for the whole day every day.

It's not just the buildings that are privately owned here - the entire business district seems to be in private hands - including roads, bus stops, light rail system, tube stations etc etc. A cop actually came up to me on a "street" to ask me "what the purpose of your photography" was. The entrance points by road are as heavily guarded as military facilities, and I've begun to suspect that the vastness of the tube and light rail stations might have a security function as well.

To top it all, the residential part of the docklands is New Urbanism heaven!

A light rail station and surroundings 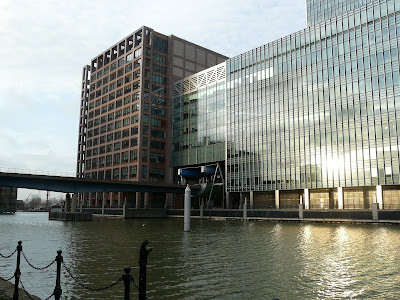 Welcome to the neoliberal jungle! 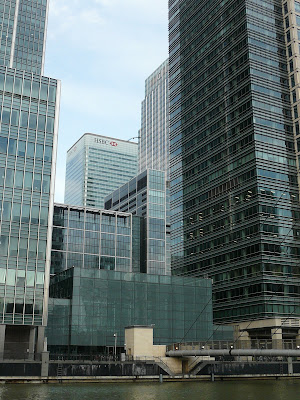 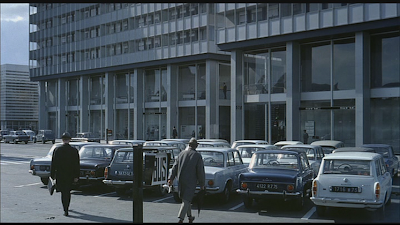 So I was reading up the Lonely Planet guide for what to do in London, and came upon the royal observatory in Greenwich, which is where 0 (zero) longitude and GMT are measured. So I thought I'd go there and write about it as the "center" or "point of origin" of space and time, with all its accompanying colonial and imperialistic implications, but they already have a signboard up there that proudly and explicitly states this point as the center of space and time! Should have taken a photo of that before the light gave out!

This is a scanned postcard from the observatory gift shop. They had a telescope right on the 0 longitude line! Sorry, that was for astronomy geeks 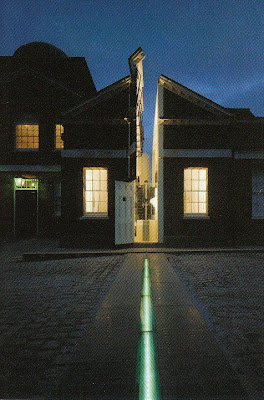 The observatory on its hill 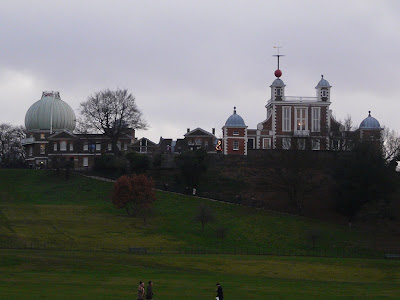 Note the "onion" telescope dome! A symbol of the dominance of 19th century western technology over the orient, or the prevalent architectural style of the time, or are the two intertwined? Whatever the case, it is interesting that the observatory, as a symbol of global dominance, has such a dome. There definitely is a linking of power, dominance and knowledge with the "orient". And the facade to the right looks like early-Renaissance revival!

And as symbols of global dominance go, this is such a non-assuming, innocent and literally petite space, but it represents the entire mapping of the globe and the center of power in London.

The 0 longitude line as tourist attraction 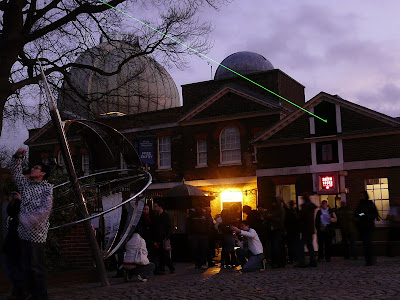 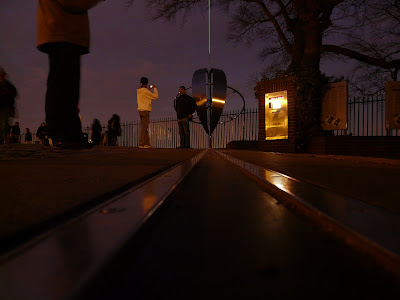 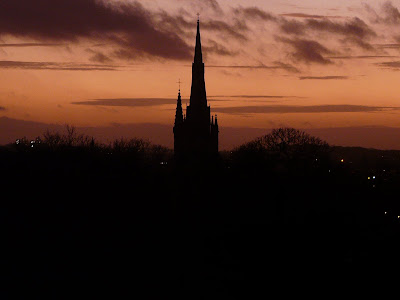 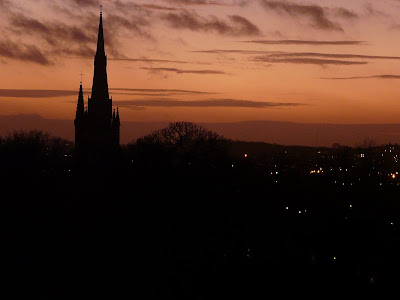 A shot of the lit-up Millennium Dome from the observatory 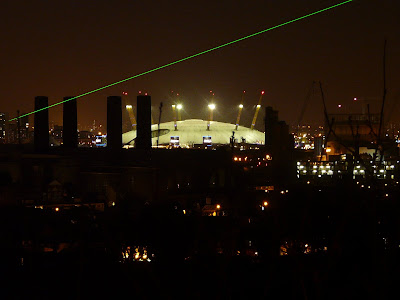 And to end this long post, a couple of photos from Avebury, a wide stone henge with a village stuck in it! 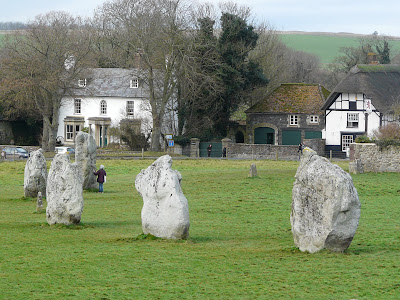 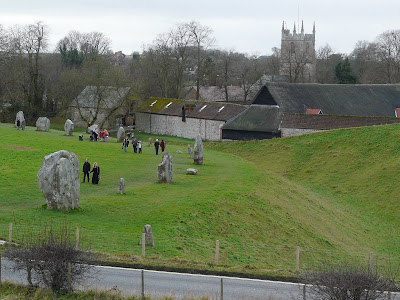 Posted by varun shiv kapur on Monday, January 05, 2009 No comments: