Another Tati comparison: Streetlights on an airport expressway

Following up on my previous comparison between London's Docklands/Canary Wharf and Tativille (the movie set for Jaques Tati's Playtime), here's another one between New Delhi and Tativille. 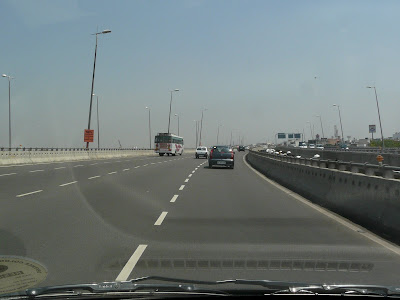 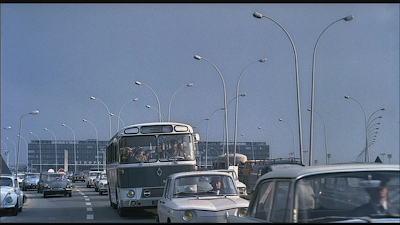 A new highway/expressway opened a year or two ago to get to the Delhi airport, and traveling on it one morning (not to the airport though) I realized that the streetlights remind me of the airport-to-Paris shot in Tati's Playtime. They both have that weird modernism-gone-slightly-and-coldly-haywire feeling, though the Tati streetlamps have a floral/organic quality, while the Delhi streetlamps seem to be Frank Lloyd Wright Broadacre-lite.
Posted by varun shiv kapur on Monday, February 02, 2009 No comments: 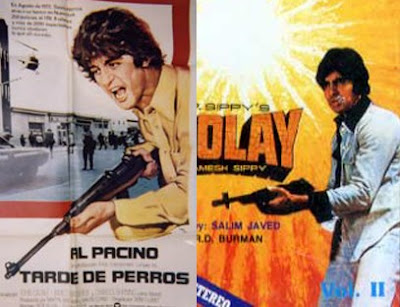 I put together this comparison many many moons ago, and thought I should add it to the blog. It's between the posters of Dog Day Afternoon and (a part of the poster of) Sholay. Both movies were released in 1975, and I love the similarities - always with slight differences - between Al Pachino and Amitabh Bachchan - the stance, shirt, sleeves, collars, gun, hair, face, "angry yound man" expression etc etc. Since they were both released in the same year, I suspect it's less a matter of ripping-off and more to do with the times!
Posted by varun shiv kapur on Monday, February 02, 2009 3 comments: