When I wrote the post about my trip to the Himalayas earlier this year, I didn't put up the video I took of a procession taking the Tungnath temple idol up from it's winter "seat" to the temple itself, which was "opening" for the spring while I was there. I've finally put up the video, though it's really grainy. Click here or on the image below to view the video, or go to the original post about my Tungnath trip. Keep the volume on your speakers up to hear the women's wonderful singing! 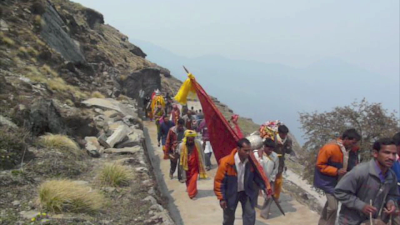 Posted by varun shiv kapur on Tuesday, October 27, 2009 No comments:

A while back at one of Delhi's vanguard ethnic-chic stores, I found a novelty postcard on sale (very tongue-in-cheekily), with an image of a gaudily decorated goupram from the Sri Ranganathaswamy temple at Trichy in south India. I bought the postcard thinking the goupram must be uniquely kitschy in it's sculpture and color palette, and was planning to post a scan of it on my blog as stand-alone kitsch. Here's the postcard image: 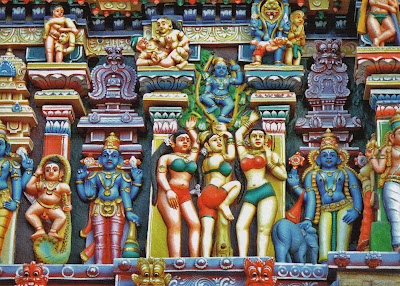 However, on my trip to Bangalore and Mandu, I realized that this style of decoration is probably a trend in south India, with many modern Bangalore temples decorated in a similar manner. 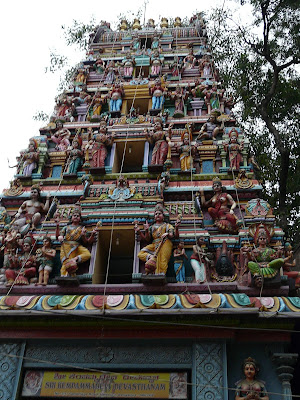 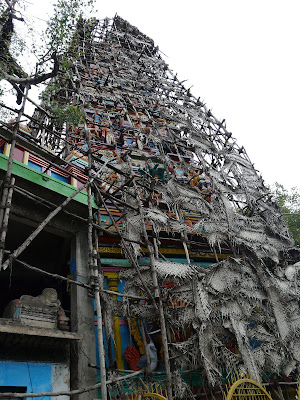 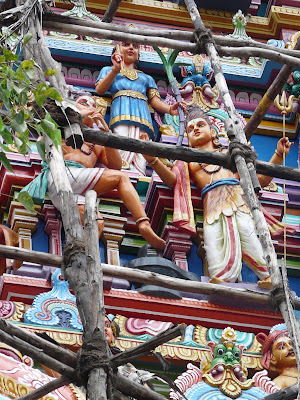 Side entrance to temple 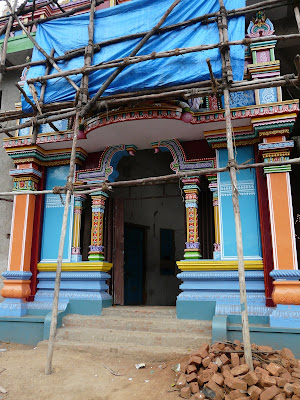 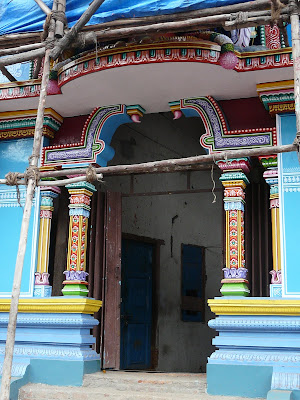 And it's not just in south India. In the heart of central India, where the temples are not in the "Dravidian" style but rather the often more plain "Indo-Aryan" style (this terminology really need to be updated by someone researching Hindu temples), such temples also use a similar color palette. I saw a perfect example of this on the bus ride from Indore to Mandu in Madhya Pradesh but didn't photograph it, though the entrance of a Jain temple at Mandu gives an indication of what I mean - the same colors used in a different way to decorate the temple. 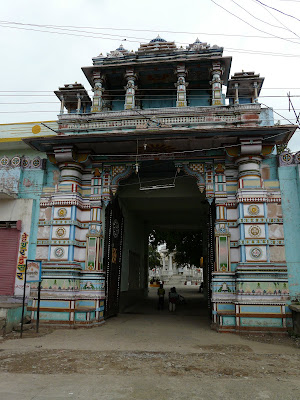 All I can say after looking at these examples is - thank the multicoloured gods that plaster doesn't last as long as stone!
Posted by varun shiv kapur on Tuesday, October 27, 2009 1 comment:

Back in August I visited a friend in Bangalore, and while I did not have much time to explore the city, I took some on-the-fly photos of the places we drove by, through his car window. I wanted to get a sense of "contemporary" and "changing" Bangalore, i.e. the high-tech city that is supposed to be India's answer to silicon valley.

Much like the actual silicon valley, Bangalore seems not to have any single centralized space where all the high-tech stuff takes place, and instead has office buildings spread across the city. Much of central Bangalore is unchanged from decades past, with individual structures coming up here and there, and retains the air of a small-to-mid sized Indian city (as much as such cities can be lumped together). Many parts of central Bangalore actually reminded me of Bombay in a small city package. Like Bombay, much of Bangalore was laid out by the British, and many structures from the early-to-mid-20th century remain. In between these, new commercial and retail buildings are cropping up like so many high-tech coconut trees. If I had more time I'd have loved to explore this early-to-mid-20th c. Bangalore with it's modernist/art deco architecture.

I only ventured out once into the suburbs of Bangalore, on my way to Somnathpur (and saw a bit more during my train journey into the city), where I spotted some of the new high-rise apartments that the techie youth who populate the tech industry would reside in. I assume that much of Bangalore's growth is taking place in these suburbs, which seems to be expanding in the manner of other booming small cities in India, i.e. with low to medium density. Some out-of-ordinary projects (larger projects, tall apartment structures etc) signify the uniqueness of Bangalore in the Indian urban scene. Perhaps I didn't venture into areas where some of the more "exclusive" projects are being constructed.


Bangalore through a car window

A "sail" building for Bangalore, at the head of Vittal Mallya Road, also known as Kingfisher Marg 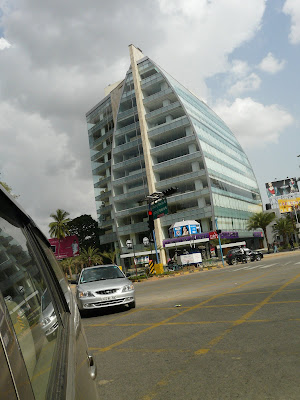 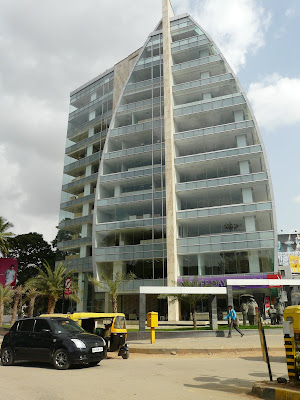 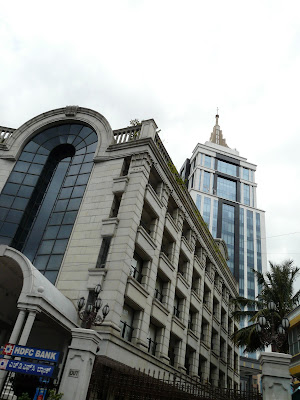 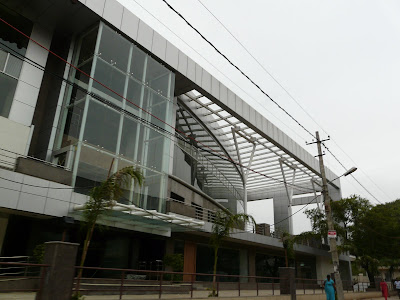 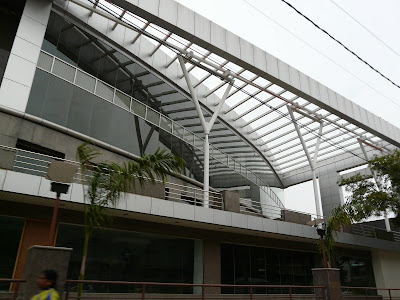 Small office buildings coming up all around town 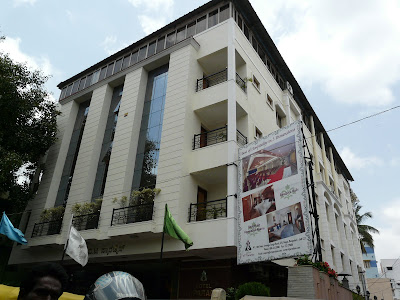 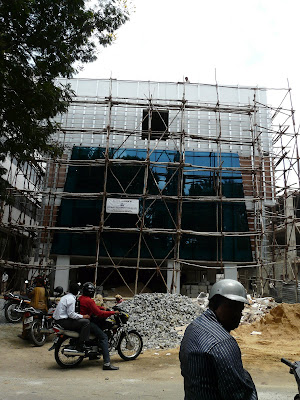 The head of MG Road, Bangalore's main retail drag, with a metro line coming up along the road Apartment blocks in various styles in the suburbs 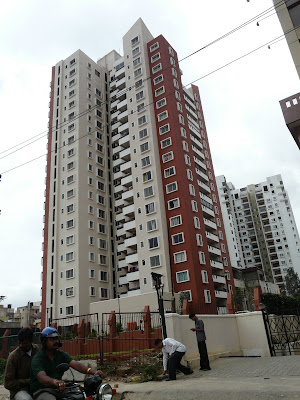 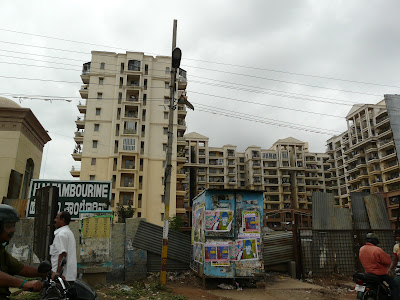 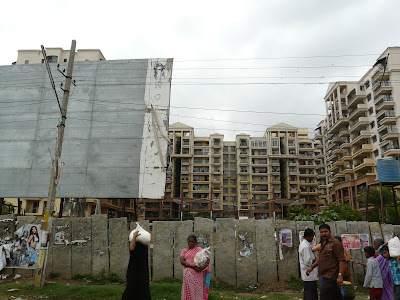 I made one trip out of Bangalore - to the famous 13th century Hoysala-style temple in the village of Somanthpur, a few hours drive away from Bangalore. I'd visited Halebid, Belur and Hampi as a kid, and might need to formulate another trip to take in all the important Hoysala temple sites sometime in the future!

Houses in Somnathpur village around the temple compound 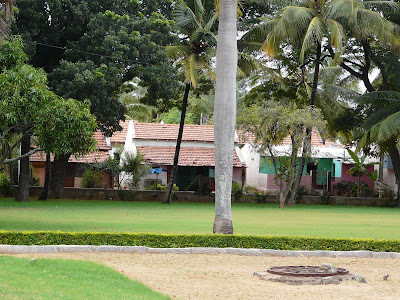 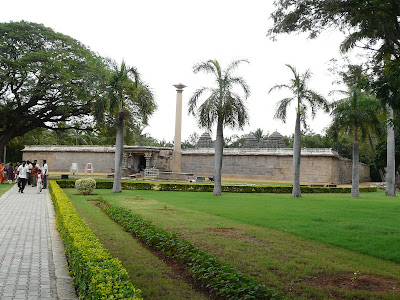 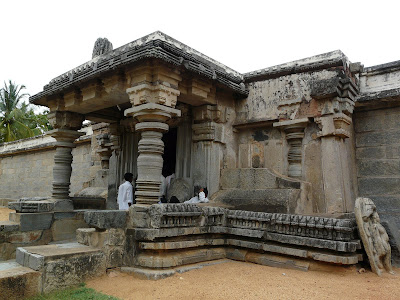 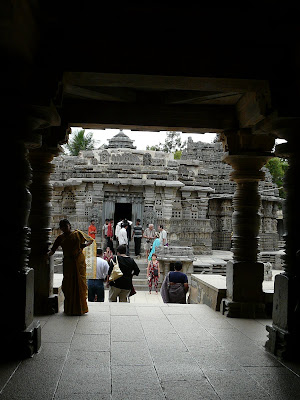 The Kesava or Chennakesava temple at Somnathpur 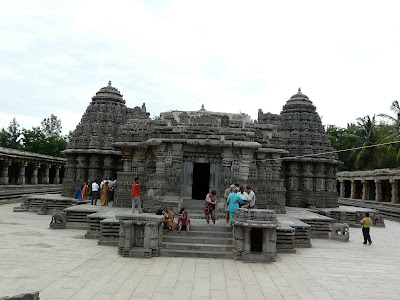 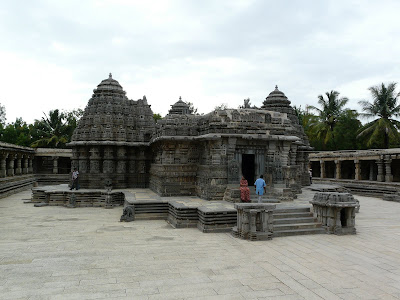 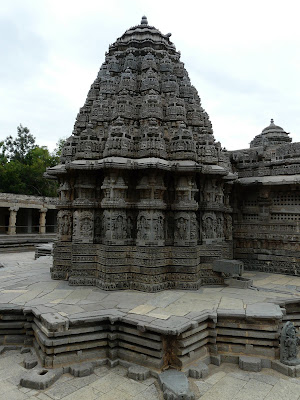 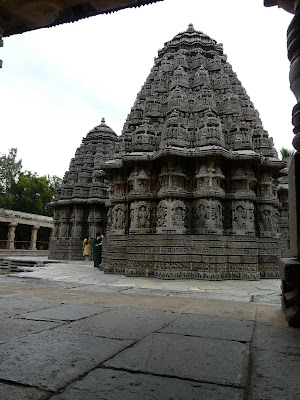 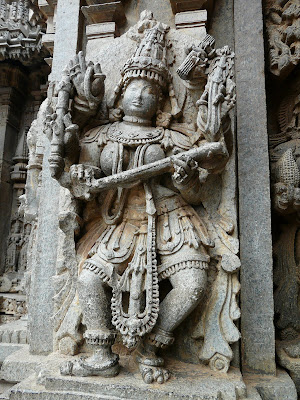 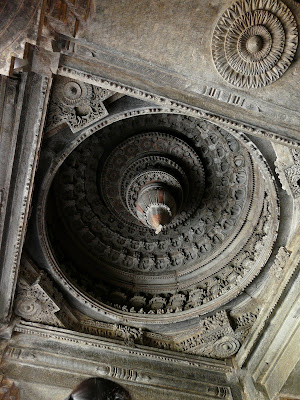 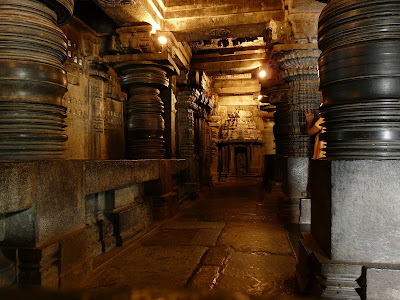 Posted by varun shiv kapur on Tuesday, October 27, 2009 No comments: