Driving around Delhi and spotted this billboard at a petrol pump (on Mathura Road, in Nizamuddin). The image looked really familiar and then I realized that it was a picture I had clicked at Dilli Haat's Nature Bazaar a couple of Novembers back! Apparently the billboard is by the Delhi Govt to promote shopping in the city. They obviously got the image from my Flickr account, where the pics are free for download and use as long as the users attribute the original pic to me. This being the govt though, there was no attribution nor any intimation that they were using the pic. Oh well! I still got a kick of seeing one of my work on a billboard! 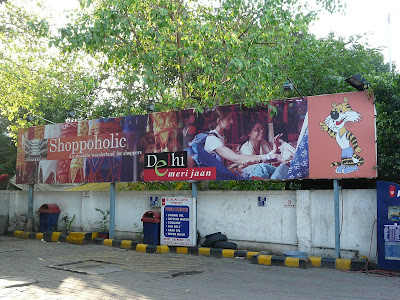 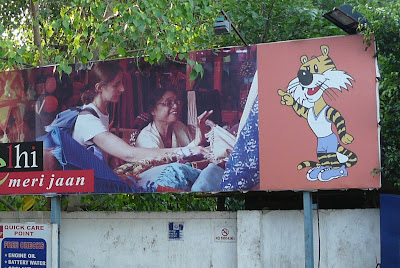 And the original image 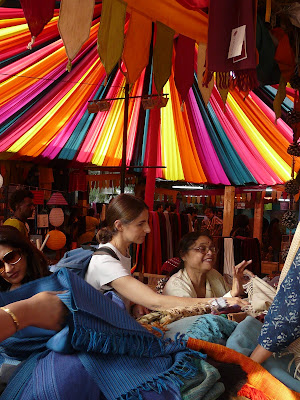 PS: No idea where they got the spelling for "Shoppoholic" from - obviously they were trying to go for "Shopaholic"! Maybe they conflated shopaholic with the trend (current? past?) to name things "Shoppe" in Delhi/India.
Posted by varun shiv kapur on Saturday, April 30, 2011 No comments: